For most people in United States Thanksgiving is a day where families gather to break bread and celebrate the family unit. This usually results in an tryptophan and/or sugar crash. For those who haven’t succumbed to overeating, they spend the day watching the Macy’s Thanksgiving Parade, or football games on TV. All followed by the traditional “turkey leftovers,” or other ethnic dishes handed down generation to generation, with all the trimmings. Feasts fit for a King.

We all have read the story of the first Thanksgiving where the Pilgrims and Indians came together to celebrate harvest and to begin the growth of our nation. In many schools children reenact that first meal and learn the history and meaning of the first Thanksgiving. This is good. We need to remember such historically important dates. Indeed. This is a vital reason to be thankful, along with learning other stories of the founding of our nation.

Yes, this is the typical Thanksgiving Day traditions in America today. Like these good people, we will be joining family and friends also to celebrate this traditional day.

However, as important as these traditions are, we believe there is a much more important reason for Americans to be thankful.

The Declaration of Independence and our Constitution.

The WeWan Institute and Society are based on the principles of focus, vision, and planning for life. With these as our guide, this Thanksgiving Day we are focused on the greatest human event that has ever been created, filled with principles and vision for a life that guarantees us, “a more perfect Union, establish Justice, insure domestic Tranquility, provide for the common defense, promote the general Welfare, and secure the Blessings of Liberty to ourselves and our Posterity.”*

This Is the most important reason to be thankful as Americans, not the Pilgrims and Indians who feasted together, but the sacred documents that ensured our Freedoms and Rights.

This article is not about politics but of a vision that created a place where we can live as equals, with liberties and freedoms that are guaranteed, and where tranquility is ours, if we choose.

Far from that concept, there were actually well functioning civilizations of many diverse nations of First People…

The English, Dutch, French, Spanish, and other countries that first began exploring, and establishing colonies in the New World, brought their forms of government, thinking that the wilderness was wild, inhabited with ignorant savages. The perfect place to grow their “civilized” way of living.

Far from that concept, there were actually well functioning civilizations of many diverse nations of First People, that in some aspects were older, and much superior to theirs.

In the northeastern part of North America, along the St. Lawerence River, were the Hau De-no Sau-nee (People of the Long Houses or as the French called them, Iroquois) who had met with Benjamin Franklin and also with the Albany Congress prior to the writing of our Constitution – sharing thoughts with the first immigrants, and their form of government.

Was our form of government that grants so many freedoms and rights, influenced by the democratic republic of the Hau De-no Sau-nee, or other native nations?

Perhaps. It is true that the Iroquois have enjoyed tremendous freedoms and justice for centuries.

To begin, let us express our thanks to our founding fathers, and mothers in choosing the term E Pluribus Unum, “From Many, One,” as our Nation’s Motto. In their wisdom, they knew the strength of the individuals combined would bring about might for all. This strength would absolutely ensure the Freedoms and Rights of each citizen.

There have indeed been political and inhuman abuses that have occurred in our growth, and heinous Court violations of these mandates, yet our Freedoms and Rights prevail.

We have, and will endure, challenges to these “G-d Given Rights,” as a People unified to ensure that this vision will live and grow.

We are thankful that the Founders brilliantly devised such a system of governing that no person elected or body, Congress, the Presidency or the Courts, created by the Constitution has full power to destabilize each other, thus establishing checks and balances to preclude such mischief.

In the first 10 Amendments, or the Bill of Rights, the Founders severely limited the powers of the federal government by clearly defining those limits.

The President may Veto a bill that is deemed by that office, to be not in the best interest of the People, however Congress can by a two-thirds majority override a Veto.

The third branch, the Courts, have the power to block any law or regulation legislated by Congress or action taken by the president, if it is deemed unconstitutional. Yet Congress can pass new legislation that, if deemed constitutional, may overrule a lower court.

The Supreme Court has final say over matters of Constitutionality.

No branch of government can create any action that will deprive an individual, entity, or any State of its Constitutional Rights.

We the People will correct any violations of this Glorious Plan by electing representatives that will adhere to the law, as defined in the Constitution. When we fail, we waver from the Rule of Law, and will need to restore our nations path to recenter our government.

We are so very thankful that our Freedoms and Rights are secured by our Constitution.

Here is a brief, easily understood primer to our guarantees of liberty.

In the first 10 Amendments, or the Bill of Rights, the Founders severely limited the powers of the federal government by clearly defining those limits.

The First Two Amendments Grant Absolute Power to the People.

In the 1st, they granted the citizens the Freedom of expression and religion, the 2nd forbade the government to limit the Right to Bear Arms. This was intended to be a counter measure to a future rogue government that would takeaway our Rights.

The 3rd and 4th Respect the Citizens.

As you offer your prayers of thanks this day, take a moment to remember the Freedom Keepers

They protect us from an over zealous government to commandeer our homes for their use, and that due process must be taken in any Search and Seizure.

The 5th through the 9th warn the government, Don’t Tread on Me!

The 10th demands that it is the people’s nation, not the government’s.

The 10th gives ALL other powers to us, the People.

That is the genius of our founders for which we should be so very thankful. No other nation has such protections for its citizens.

Starting to see why we are thankful?

There are a handful of good folks today that can’t understand why we are so thankful to live in in a country where life is precious, and freedom is more so… mostly because the basis of our existence has not been taught in our schools for decades. This is sad, but will be corrected if we are to continue.

We respect the fact that they have a different vision for a better way of life – but we wonder. why change what is working, and has done so since 1776?

We pray that they will be happy wherever they may live, and that they may find the freedom and rights they search for… but for us, we cannot be more thankful that we live in America, the birthplace of Freedom and inalienable Rights.

We Must Always Remember, Freedom is Never Free

Over 57 million American men and women have served since 1776, with 651,008 loosing their lives in Battle with an additional 1.2 million deaths during war times. These Americans made the ultimate sacrifice to allow us to commemorate this Thanksgiving Day 2018.

As you offer your prayers of thanks this day, take a moment to remember the Freedom Keepers, and thank them, and their companions who served and backed the guaranteed Constitutional Rights and Freedoms we so enjoy today.

Simply, on this Thanksgiving Day our prayer is… “G-d Continue to Bless America!”

* from the Preamble of the Constitution of the United States. 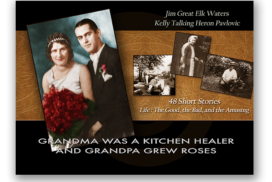