As a man was passing the elephants, he suddenly stopped, confused by the fact that these huge creatures were being held by only a small rope tied to their front leg. No chains, no cages. It was obvious that the elephants could, at anytime, break away from their bonds but for some reason, they did not.

He saw a trainer nearby and asked why these animals just stood there and made no attempt to get away. “Well,” the trainer said, “when they are very young and much smaller we use the same size rope to tie them and, at that age, it’s enough to hold them. As they grow up, they are conditioned to believe they cannot break away. They believe the rope can still hold them, so they never try to break free.”

The man was amazed. These animals could, at any time, break free from their bonds but because they believed they couldn’t, they were anchored right where they were.

How many of us are still tied to an idea, a place, a person, a way of life, by the same old rope that’s been holding us there for years?

The elephant will always believe the rope will hold him until he tests it.

How many of us are chained to a belief in our own failure with just the finest of threads and yet refuse to break the bond and surge forward into success?

What was, is not necessarily what still is. Who we were then, does not dictate who we are now. We learn new concepts, grow our skillsets, meet new people, with new ideas, and fill our hearts and brains with new energy with every breath we take.

I have met people – I’m certain you have as well – who refuse to budge from who they are, what they know (or think they know), and what they believe in. These are people who fail to thrive, as the phrase goes. They are tied to the familiar beliefs with a rope of their own making.

Breaking that rope, being free of it, requires an open mind and a willingness to change. The elephant will always believe the rope will hold him until he tests it. First perhaps tentatively, and then more forcefully. Discovering the rope will still hold him the first time he tries is not enough. He must try and try until at last he breaks free.

Failure is part of learning.

Some say there is no such thing as failure, only experiences. I believe that to be true. If each time any of us failed we gave up and decided never to try again, we would still be in the dark ages.

Have you ever head of Dr. Paul Erlich and his 606 tries to find a cure for syphilis? Probably not… the subject matter is still hush-hush for a couple of different reasons. First being the “unseemly” nature of the disease he was trying to cure. 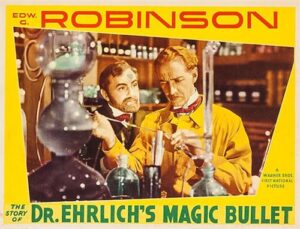 Secondly, and most relevant to this article, is that he was ridiculed and even brought to court during and after his work to find “Compound 606,” the cure itself. It was named 606 because he numbered every attempt until he got to the one that actually worked. It took him 606 tries. The substance is now called Arsphenamine, it was the very first antimicrobial agent.

Dr. Erlich never gave up despite being repeatedly told he was wasting funds and time steadfastly working to find what he called, “magic bullets,” chemicals injected into the bloodstream that would fight infectious diseases. He was a pioneer in antibiotic chemotherapy which led to modern cancer treatment. He was a forerunner in strides to understand the human immune system.

He was ridiculed, denied funding, and even accused of murder after the cure had been found and proven to be effective for most of the people given it.

Modern medical science would be very different today had it not been for Dr. Paul Erlich refusing to quit yanking on his ropes. In his case, he freed us from the mysteries of microbial infectious disease.

He is but one example of refusing to be constrained by old ideas and notions. For any person or group to continue forward progress, it takes bold ideas and conviction to breakthrough ignorance and that which was believed impossible.

What small rope is holding you back? What voices have you been listening to telling you you are not good enough, not smart enough, not bold enough? What ideas have you bound to old ways of thinking?

Never stop testing the rope, my friends. One day, you will break free and see a world you only dreamed of previously. Walk to the horizon then, and when you get there you will be able to see even further.

On Sale through the Month of October! Save 25%! 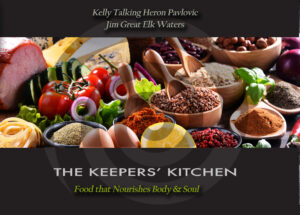 The above is an excerpt from, The Keepers’ Kitchen ~ Food that Nourishes Body & Soul. A collection of delicious – and good-for-you – recipes from our kitchen to yours. Learn how to make the tastiest use of whole ingredients while keeping it simple and quick. We love to cook and to share food with family and friends. This is a work of love and a small sampling of dishes we prepare regularly. Our sincerest hope is that you experiement, have fun, and enjoy them all. We’ve also included some notes on what we like to keep in our pantry for healthful, scrumptious, meal prep. Eat well!

Look for it on Amazon. Along with our other books: