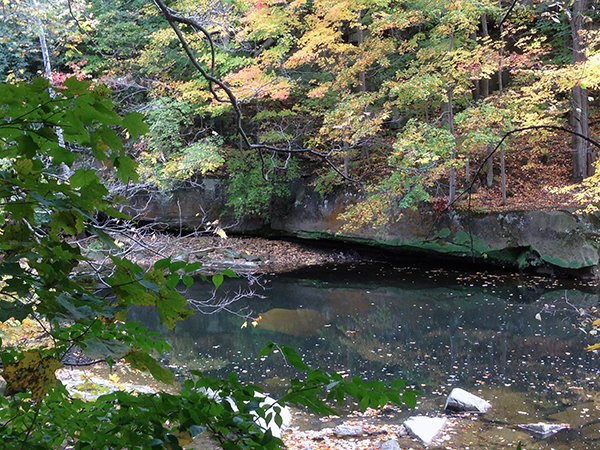 The Autumnal Equinox is one of two days a year
during which we have equal amounts of
daylight and darkness. It marks the coming
of the dark half of the year…

In the time of our First Parents, around the First Fires of all the People around the world, the Elders tracked the movement of our star, the Sun. They observed its long journey across Grandfather Sky each day… and they also watched the sunrise and sunset places as the Seasons changed. Year after year, they watched, from Autumn to Winter to Spring to Summer and back again to Autumn.

…many cultures believed the veil between the living and the dead became thinnest, and they were able to make contact with their loved ones who had passed through. Some called it Samhain, some Día de los Muertos, Christians call it All Hallows.

As they watched the daylight growing less each day, and nights becoming longer, there came a day when light and dark were equal. When this happened after the warmth of summer, they knew the dark half of the year was upon them and it was time to harvest the last of the fields’ bounty for the winter stores.

This was the time of the final reaping. Corn, squash, beans… enjoyed fresh and dried for sustenance during the coldest, darkest months. The People gathered together for feasts, and for production of clothing and blankets for the coming cold.

Midway to the longest night – late October on our modern calendars – many cultures believed the veil between the living and the dead became thinnest, and they were able to make contact with their loved ones who had passed through. Some called it Samhain, some Día de los Muertos, Christians call it All Hallows. Common practices were to leave out food, keep candles burning, and display photos of the dearly departed.

The Elders told stories around the tribal fires, and the First People listened. They learned the History and Ways of their Ancestors. Traditions were held and passed down from one generation to the next. From mouth to ear, the People preserved themselves through the millennia.

Today, we carry on many of the age old traditions of this harvest season as we move towards the longest night of the Winter Solstice.

Regardless of your ethnicity, spiritual path, or age… take time today to reflect on what the coming of the dark half means to you and your own tribe. What traditions can you perpetuate for the youth of your People? And what reflections of your own mind and soul will help you harvest your wisdom and growth? 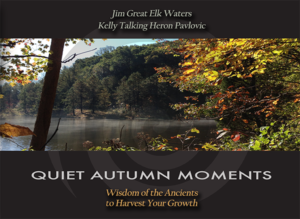 The preceding is the feature article in the upcoming book, “Quiet Autumn Moments, Wisdom of the Ancients to Harvest Your Growth” by Jim Great Elk Waters and Kelly Talking Heron Pavlovic, The Wisdom Keepers.

Available on Amazon the week of September 24, 2018, in both print and Kindle formats.