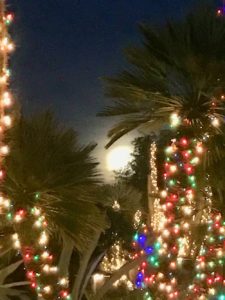 As harvest season and the winter months are upon us, so are the Holy Days, and the “holidays.” Around the world people are celebrating their harvest, the coming of seasonal changes, and important Holy events in their lives. We are familiar with the holidays in our regions, particularly for our North American followers, the religious and historic holidays. We have the long standing Christmas and Hanukkah, as well as others.

It is truly a time of special days for people worldwide.

Let’s take a look at some of our traditions, and how others celebrate them – perhaps differently – and also look at some that are regional or special to certain religious sects. There are, in fact, literally thousands of other events around the globe that are interesting and moving. Here are a handful. Hopefully this will bring you new awareness and shed light on a few of the celebrations that happen at this time of the year.

The ancient Hindu festival of Diwali Festival of Lights is celebrated in much of India. This is the celebration of light over darkness. It is a packed five day festival with the largest happening on the night of the new moon, the Hindu Lunisolar Celebration of Kartika.

Many of you may be aware of the Mexican Holy Days, Dos Dias de los Muertos, the two day celebration of the Day of the Dead. During this festival in Mexico, prayers are offered and gatherers reminisce on the friends and family who are no longer alive. This is not a time of mourning in Mexico, this festival commemorates the lives of the departed with feasting on their favorite foods and with colorful altars displaying photos and favorite items.

Feast of the Dead

Many Native American People – including those of the authors’ heritage, the Shawnee and their Mide’wiian practitioners – observe the Feast of the Dead on the Winter Solstice. Families gather to remember their loved ones, calling their names in ceremonial circle, and sharing favorite stories and memories.

There is a wild and crazy, exciting holiday on November 5th in England to commemorate Guy Fawkes. Originally, more than 400 years ago, Fawkes was arrested as he was guarding explosives meant to blow up the House of Lords. It has become known as Guy Fawkes Day, and is known for the cry, “Remember, remember, the fifth of November.” Now, it is mostly a time to drink your favorite adult beverage, burn effigies of Guy Fawkes and politicians, and be delighted with the roar of bonfires and fireworks celebrations.

In Nepal, the Festival of Dashain is observed to celebrate the power of good over evil. This is a 15-day celebration centered mostly around food. This Hindu holy festival is marked by the fact that it is also the only time religious observers are allowed to enter the Taleju Temple for holy worship.

El Senor de los Milagros (the Lord of Miracles) is the time, each October, when Peruvians carry the 350-year-old mural of the Lord of Miracles in a giant procession through the streets of Central Lima. The celebration includes feasting on an array of tasty, sweet baked goods and desserts.

Spirit of Our Nations Pow Wow

Each November the Federation of Saskatchewan Indian Nations gather for the annual Spirit of Our Nations Pow Wow. This is a dynamic vibrant celebration held in Saskatoon, Saskatchewan, Canada where traditional dancing and events honor the Peoples’ heritage.

This year The Muslim Mawlid (The Prophet’s Birthday) observance takes place on November 21st. It is celebrated in predominantly Islamic countries, and other countries with large Muslim communities. Many Islamic stores, schools, and businesses may close for part or all of the day.

For eight days each November or December, the Jewish people celebrate Hanukkah, the Festival of Lights, with the lighting of a menorah to remember the miracle in which one day’s supply of oil burned for eight in the temple.

As the Twelve Days of Christmas ends, Epiphany, or Three Kings Day, is observed. It celebrates the day the three wise men first met the baby Jesus and offered him gifts.

The Winter Solstice occurs around December 21. It is the shortest day of the year. People around the world join in celebrations and festivals, light bonfires and candles to call back the sun.

For Pagans, this is the holiday of Yule and celebrates the rebirth of the sun as the days grow longer. Evergreens are used to symbolize life eternal, and the natural cycle of the seasons.

This is the day to honor the third-century Saint, Lucia. On December 13, girls dress up as “Lucia brides” in white gowns with sashes of red cloth, and a head wreath of burning candles, waking the household with songs of joy, bringing hot coffee, and saffron buns. It is most enthusiastically celebrated in the Scandinavian countries.

On December 6, St. Nicholas Day is celebrated. St. Nicholas of Myra, inspired the tradition of Santa Claus and Father Christmas by giving his all to the needy, showing compassion for children and those in need. It is celebrated with parades, feasts, gift giving, and festivals.

Christians celebrate their most joyous holiday by attending evening church services and sharing gifts with their families. It has become a popular holiday for people of many faiths, and even those who are secular. This happy season of sharing and feasting with friends and family is widely practiced. Some movies have become perennial must-watch events, such as “White Christmas” – as well as the best selling recording of Bing Crosby intoning his classic of the same name – “Holiday Inn”, “The Grinch who Stole Christmas,” and Jimmy Stewart’s “It’s a Wonderful Life.”

In some parts of Europe carolers sing special Christmas songs walking with a pole sporting a large star on top.

The Irish Christmas time is more religious, and involves less gifting. Here the observations are held from Christ Mass Eve to Epiphany on January 6.

The Irish tradition of Wren Boys Procession takes place on St. Stephen’s Day, December 26. The kids go singing throughout the neighborhood, carrying a staff topped with holly bush and a wren. They beg for money for the “starving wren,” which they happily pocket. Quite a difference to the otherwise somber commemorations of Christmas.

In the Ukraine, Christmas Eve is called “Sviata Vechera”, or “Holy Supper.” It begins at the sighting of the first star of the evening. In farming households, a sheaf of wheat representing crops is brought into the home. This is “didukh,” or “grandfather spirit.”

From December 26 to January 1, African Americans wear tribal inspired clothes, enjoy fruits and vegetables, and light a candle in the Kinara.

Countdown to midnight, Ball dropping, kissing your loved one, fireworks… to many of us that is New Years Eve. Around the world however things get a bit quirky. For example…

On December 31, in the South American country of Ecuador, they stuff straw in a man’s old clothes. This represents the old year and a will is made for the effigy listing all of the faults family. A fire lights the straw effigy at midnight, with prayers that the failings of the last year will go away in the smoke

Japanese families gather for Omisoka (New Year’s Eve) and a late dinner around 11pm. At midnight, they offer prayers at their shrine, strike a bell108 times, ringing away any desires that may cause suffering.

Typically Chinese New Year is a 15 day celebration. It starts at the first of the lunar new year with the Lantern Festival and a parade. This ends winter and begins Spring, a time for family and loved ones, gathering with friends to carry lanterns and parade a silk dragon. It is said the dragon hibernates throughout the year and they light firecrackers to keep the dragon from going back to sleep.

Hong Kong citizens pray to the gods and their ancestors ghosts, that their wishes for the new year may come true. Holy men read aloud and write a list of each person’s name, attaching it to a paper horse that is then set on fire. The smoke carries the names up to the gods that the living will be remembered.

As you see, there are many reasons and ways to celebrate the end of summer and to prepare for the winter months ahead. These are but a sampling of the excitement that is celebrated each fall and winter.

Which are your favorites?

Please drop us a line at thekeepers@wewan.org and share your thoughts and your special days.